Suffering is rarely a tool one thinks of when considering how to advance their agenda. But God operates on a different plane than we do.

Suffering is one of the primary tools God uses to advance his purposes because, I believe, it is the tool to which we are most likely to respond.

God often has a way of making us uncomfortable, sometimes to the point of pain, when he is trying to move us to where he wants us to be. And before we go too far and accuse God of being cruel, we should stop and remember that God moves us from our comfort zone not to punish us but to motivate us to accomplish that which is best for us.

In Acts 8, Dr. Luke discusses the persecution that came upon the infant church in Jerusalem as a result of the advancement of the gospel and how the members of the church were scattered across the entire region in fear (verse 1).

When the people were scattered, they took their faith with them and proclaimed it openly such that the gospel reached many different people in many different places (verse 4), giving it a foothold across the known world. Many, the Bible tells us, responded to this gospel proclamation and heeded the words of the preachers (verse 6).

The persecution that scattered the Jerusalem church led to the greatest period of gospel advancement in history. God used the suffering endured by members of the early church to move them from their comfort zone and out into the world.

Something similar has happened in our churches over the last six weeks or so, not as a result of persecution but out of protection. As we have been restricted from meeting due to the spread of the coronavirus, something unexpected has happened: The church has been scattered out into the world rather than grouped together in the comfort of the church building.

Across our state, nation and world, the church has gone outside of its walls and onto the front lines serving to help those in need, ministering to their suffering and advancing the gospel in the name of Jesus Christ.

It has always been the motive of the church to take the gospel to the nations (Matthew 28:19-20), but more recently the church has been forced into action to do just that by suffering caused by the virus.

Many have confronted the challenge by livestreaming their services, recording podcasts and developing video conference meetings. As a result, the gospel has advanced, reaching many more people than it ever has before.

And not only that, but church members serving as aid volunteers, counselors and social workers have brought the gospel to many who would never have had opportunity to hear it otherwise.

The gospel is advancing, not as a result of our planning, our ingenuity or even our desire, but in spite of it. God is using another event of human suffering to goad the church into accomplishing its stated mission.

So, rather than viewing the effects of the coronavirus as a defeat for the church, we should recognize it for what it is, a tool God is using to advance the gospel throughout the world.

Like those in the early church who were scattered due to suffering, this difficult time is our invitation to “be the church,” to represent God in this world to people who desperately need him and to deliver the message of hope to the suffering. 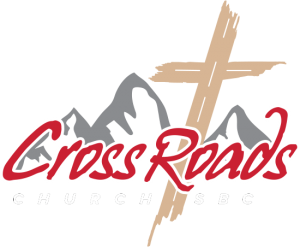